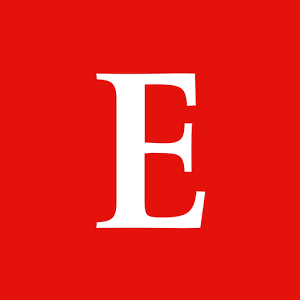 A widely accredited online and printed publication, The Economist, recently published an article titled “Killing the Golden Goose” concerning the performance of charter schools and some of the challenges they face. Despite support from both parents and students, charter schools still face opposition from lawmakers, teachers’ unions and others. In Chicago, YCCS has succeeded in working closely with underserviced and low-income students to provide an effective curriculum and learning environment suited to their needs. The Economist noted that YCCS has contributed to the reduction of the dropout rate by 7% since its inception in 1997.

YCCS is currently working with CPS to solidify a new contract which will allow us to continue working to find and educate Chicago’s “Lost Children”. Charter schools represent an educational minority in comparison to public schools but it’s important to remember that support from students, parents and the community can and do result in positive changes for the education of our youth.

OF THE 658 schools in Chicago, only 126 are charter schools—publicly funded but independently run and largely free of union rules. Fifteen more are due to open this year. More notable, though, is that four of the most recently-approved charters are in areas where the city recently decided to close 49 public schools—the largest round of such closures in America’s history.

Most of the closed schools served poor black children, and were in parts of the city with a shrinking population. The city government argued that these schools were under-used, and that closing them would save $233m that could be reinvested. So it has been: in new science labs, computers, wireless, libraries, art rooms and air conditioning in the charters that took in children from the closed schools.

Charters have worked well in Chicago. Most parents like them, and Mayor Rahm Emanuel and the Board of Education are behind them. The Noble Network, which already runs 14 charter high schools, has just been given permission to open two new ones. Around 36% of the 9,000, mostly poor, children enrolled with Noble can expect to graduate from college, compared with 11% for this income bracket city-wide.

A 2013 study by Stanford University found that the typical Illinois charter pupil (most of them in Chicago) gained two weeks of additional learning in reading, and a month in maths, over their counterparts in traditional public schools. One city network of charters, Youth Connection, is credited with reducing Chicago’s dropout rate by 7% in a decade. Overall, however, the city’s public schools are in a sorry state: 51,000 out of 240,000 elementary-school pupils did not meet state reading standards in 2013.

Some will always argue that charters cream off the brighter children and leave sink schools, deprived of resources, behind. The teachers’ unions hate charter schools because they are non-unionised. So they remain a rarity nationwide, with only 5% of children enrolled in them. But a PDK/Gallup poll last year found that 70% of Americans support them. Small wonder: a study of charter high schools in Florida found that they boosted pupils’ earning power in later life by more than 10%.

Intriguingly, alongside the growth in popularity of charter schools, support is weakening for the sorts of restrictive labour rules that have long been demanded by teachers’ unions in public schools. A survey in 2013 by the Chicago Tribune and the Joyce Foundation found that locals want good teachers to be paid more and the least effective to be shown the door. Almost half of them thought teachers should not even be allowed to strike. Most also wanted it to be easier for charters to expand, especially in areas with bad schools.

According to the National Alliance for Public Charter Schools (NAPCS), enrollment has grown by 80% in the past five years. The keenest cities are New Orleans (79% of children in charters), Detroit (51%) and the District of Columbia (43%). Newark is keen to expand its system. Los Angeles and New York, the biggest school districts, are enrolling the largest numbers.

Or they were. But New York’s new mayor, Bill de Blasio, a union-backed Democrat, wants to hobble charters. First, he intends to curb their growth. On January 31st Carmen Fariña, his schools chancellor, announced a plan to divert $210m earmarked for charter schools to help pay for pre-kindergarten teaching. She also announced that, in future, every expansion plan will be reviewed—even those that are long settled, such as the plan of Success Academies, with the largest network in the city, to open ten more schools in August.

Mr de Blasio wants to charge charters rent if they are sharing space with the 1.1m pupils in district schools. Because charters receive no state funding for facility costs and rents in the Big Apple are so high, Michael Bloomberg, Mr de Blasio’s predecessor, allowed them free use of under-utilised space in traditional public schools. Of the 183 charters in New York City, 115 are “co-located”, sharing canteens, libraries and gyms. If they were suddenly charged rent, many would struggle. The 68 charters not sharing space with a district school have to fork out an average of $515,137 for facilities each year. The Manhattan Institute, a conservative think-tank, calculates that charging rent could force 71% of co-located charters into deficit.

These new policies are likely to be unpopular. New York City’s charter schools generally outperform their neighbouring district schools. In some cases charters have not merely closed the racial achievement gap, but actually reversed it. Most New Yorkers want more of them.

Parents, particularly those in high-risk areas, want choice. Demand for charter-school places outstrips available slots; entry is by lottery, and some 50,000 children are on waiting lists. Before the election, 20,000 parents, children and teachers marched across the Brooklyn Bridge to City Hall in support of charter schools. Many in the charter world hope Mr de Blasio will back down, though the rhetoric from City Hall is not encouraging.

As controversy swirls, pupils in Bronx 2, a charter school in the South Bronx, are getting on with their education. Some are step-dancing. Down the hall, seven-year-olds lead group discussions in reading class. One little fellow ably explains what the word “regret” means. Bronx 2, part of the Success Academies network, serves black and Latino children from mostly low-income families. Its pupils did extraordinarily well in the 2013 state examinations—97% passed mathematics and 77% passed English. The school ranked third in the state, even beating children in well-heeled Scarsdale, a well-to-do New York City suburb. Bronx 2 shares space with PS 55, a traditional district public school where only 3% of pupils passed English and only 14% passed maths.